Lashof Violins from Paul Bothwell on Vimeo.
Lashof Violins is honored to share a short documentary featuring Genevieve, one of the fine luthiers here at our store. A huge thank you to Paul Bothwell who took a special interest in craftsmen and contacted us to work with him on this project. And a special thank you to Fred Lieder who provided the fantastic supporting music which set an amazing tone to the whole piece.

Alicia began her violin studies at the age of 9 in her public school orchestra. Her interest in violin restoration and making began in high school when she got her first job at Lashof Violins.

After high school and between semesters at college, Alicia continued her apprenticeship with Mr. Lashof, studying restoration, making, and instrument-and-bow identification. Alicia attended Immaculata University where she studied both violin and voice and earned her BA in Music. After graduating college, Ms. Coberly was promoted to store and repair manager of Lashof Violins.

In 2008, Alicia Coberly and Genevieve Swift became the owners of Lashof Violins and they continue to manage the store and repair operations.

Alicia is fully versed in all aspects of the company--repairs, sales, store stock, and rentals. Along with Ms. Swift, Alicia has been managing the store and its operations for a decade. Ms. Coberly has been a luthier with Lashof Violins for almost 25 years.

Genevieve Swift
Genevieve Swift is one of the Co-Owners and Master Luthiers of Lashof Violins. Her interest in music began when she was very young and she started music lessons at age 10. Along with the cello, Genevieve has studied clarinet, saxophone, piano, and flute. After high school, Genevieve began her secondary studies as a music major and completed her studies at Immaculata University where she earned a BA in Sociology.

Genevieve, too, was a restoration, instrument-and-bow identification, and violin-making student of Mr. David Lashof. Genevieve has been a luthier at Lashof Violins for almost 20 years. She is knowledgeable in all aspects of the business and, in addition to her many roles, serves as our repair and sheet music specialist.
Iris K. Foxx
Iris K. Foxx is our Assistant Manager and one of our restorers at Lashof Violins. Iris began playing the cello with pure intentions: to surpass her brother. Once that was accomplished, she carried on to play cello in MCPS and college ensembles.

Iris joined the Lashof Violins staff in 2010 and began learning instrument repair under the tutelage of Alicia and Genevieve. After high school, Iris continued to work at Lashof Violins as she studied and earned her BA in English Literature.

Iris' passion for knowledge and music brought her back to learn the art of instrument restoration. Iris is one of our cello specialists and works as a restorer and customer service specialist.

Andrew Anthony is one of the recruits through the Lashof Violins’ Violintern Program. Andrew is a graduate of MCPS. Like so many of our staff, Andrew began his violin studies through the MCPS music programs.

He is currently continuing his studies as a music major. Andrew has been a staff member at Lashof Violins for over 4 years. He is a customer service specialist and advancing restorer.

Vincent Conti is also a recruit through the Lashof Violins’ Violintern Program. Vincent is a graduate of MCPS. He, too, began his musical studies in string instruments through the MCPS music programs and has studied violin and cello.

Vincent has been a staff member with Lashof Violins for over 3 years. He is a customer service specialist and advancing restorer. 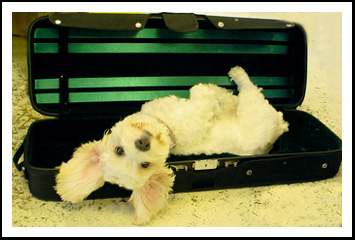 Mira was a beloved member of our team. She was an adept chair-thief who was known to surf across the room on a rolling chair, an avid tennis ball enthusiast, brazen, loving, and bright spot in our days. We miss her and all the love she gave.


Founded by David Lashof, Lashof Violins is celebrating over 30 years in operation.

A little bit about our Founder. David Lashof is originally from the Washington, DC Metro area. At age 15, he made his first violin under the tutelage of Willis M. Gault (1908-1991). In 1977, David continued his violin-making education at the Chicago School of Violin Making with master Tschu Ho Lee. During his time at the Chicago School, Mr. Lashof taught some of the first-year students, including some members of Mr. Lee's family. After earning his degree in violin-making, he went to work for Weavers Violin Shop in Maryland as the cello and bass repair specialist and continued to make instruments, selling all through the shop. In 1988, Mr. Lashof opened his own shop in Gaithersburg, MD, just 10 miles north of the Washington Beltway.

To date, David Lashof has made more than 160 instruments. Check out the instrument page for any available Lashof instruments.

After 35 years in the violin business, Mr. Lashof retired and currently acts as a consultant to the owners of Lashof Violins, Alicia Coberly and Genevieve Swift. Ms. Coberly and Ms. Swift have been in charge of the day-to-day running of the shop for almost 20 years.