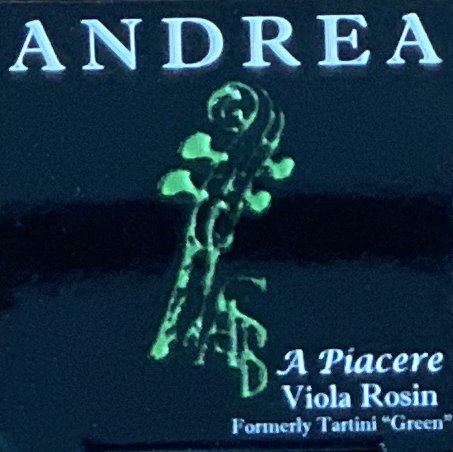 Cremona in America describes the A Piacere Rosin as follows:

"It offers a well blended, refined sound with slightly less projection than the SOLO formula. Admirers have described this special formula as giving a ‘silkier sound.' A Piacere is a good alternative to the ORCHESTRA formula which is discontinued as of 2020. The formula is based on the ‘Tartini Green' rosin that was available for just four years back in 2002."